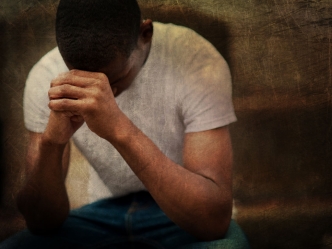 According to the Gospel of Mark, Jesus’ public ministry began when he appeared in Galilee proclaiming the good news, and from start to finish his urgent message remained the same: the time is fulfilled, and the Kingdom of God has come near. This good news was offered to everyone, without discrimination, and those who wanted to participate were freely invited to repent and believe.

But while some indeed believed, not everyone took the invitation to heart. The reactions to Jesus and his ministry were apparently rich and varied. Many were filled with fear, awe and amazement, gratitude, loyalty, enthusiasm, and even a desire to worship. But others wrung their hands and were filled skepticism, anger, bewilderment, envy, and desire to have Jesus taken away as a blasphemer. It seems that no one was neutral on the subject of Jesus and his Kingdom!

It may seem odd that among the fiercest opposition to Jesus and his message were the most recognized religious leaders of that time, but the same is often true of “religious people” in our own time. Perhaps it’s because our greatest enemy in coming to Christ and his kingdom is our own pride, and the greatest hiding place for proud people is among the folds and trappings of religion. Did you hear our choir? Did you see how many we fed at our food bank last weekend? Did you hear that sermon…awesome! Do you know how many hours we put into the vacation bible school? Didn’t we provide just the boost the church needed in the last stewardship campaign? God must be so pleased with us…when it comes to building his kingdom, we’re almost there!

To be clear, religion itself is not the culprit. As Christians, our religious disciplines really do provide illumination and point the way toward life in Christ. But we must always remember that we don’t build God’s kingdom, we receive it. Our disciplines of faith are—like a bright moon in the night sky—a faithful reflection of the Light of the world. But religion is not the source of that light…merely it’s reflection. The kingdom of God is born anew in us as we forsake our own best practices, look beyond the trappings of religion, and encounter Christ himself. In that living, ongoing relationship, is life indeed.